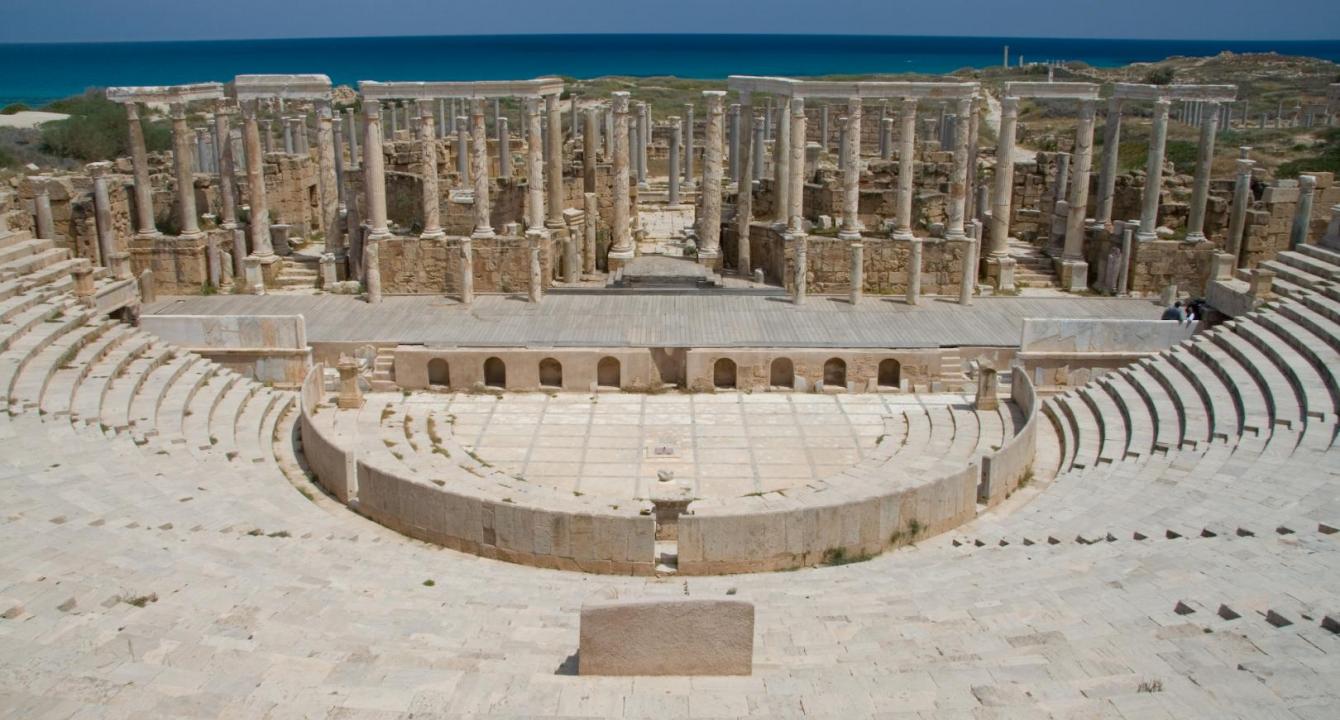 Bayda - Elbeida (/ˈbaɪdə/ or /ˈbeɪdə/; Arabic: البيضاء‎‎[3] Al Baiḍāʾ About this sound listen (help·info)), also spelled Az Zāwiyah al Bayḑā’,[4] Zāwiyat al Bayḑā’,[5]Beida[6] El Beida[6] and known as Beda Littoria[7] under Italian occupation, is a commercial and industrial city in eastern Libya. It is located in the northern Cyrenaica. With a population 250,000 people,[8] Bayda is the fourth-largest city in Libya[9][10] (after Tripoli, Benghazi and Misrata). It is the capital city of the Jabal al Akhdar district. Inhabibted by berber

History:
Bayda's history stretches back to Ancient Greece, when it was known as Balagrae.[11] The 2,000-year-old ruins of the ancient Greek colony Cyrene are located nearby in Shahad.[12][13][14][15] One of the greatest attractions in the city is the tomb of a famous companion (sahabah) of the Islamic prophet Muhammad, Ruwaifi bin Thabit al-Ansari. For that reason, the city was known as Sidi Rafaa after him. After the arrival of Sayyid Muhammad ibn Ali as-Senussi in the area in the 19th century, and the construction of a zawiya, the city was renamed Az Zawiya Al Bayda.[12] The modern city was built in the 1950s. It was originally intended to be the new capital of Libya and most of the necessary government buildings were constructed there. Eventually, the plan to move the capital from Tripoli to Bayda was dropped.[16] Bayda is the administrative seat for Jabal al Akhdar district.
Culture:
Tourism as an industry is still in the very early stages in Libya. Bayda is an important tourist city in Libya, a base to explore the nearby tourist areas such as the Ancient Greece ruins of Cyrene and Apollonia, and Libyan Desert trips south into Kufra. The village Balagrae contains several large hotels, due to the tourist population.
Economy:
Bayda is one of the major cities in eastern Libya, and one of its major economic centers. It is also the industrial and commercial center in Libya. The major manufactured goods include food products, fertilizers and agricultural products, food processing, and imported goods, and produce from villages near the city in the Akhdar region, including cereals, dates, olives, wool, and meat. Bayda also has one of the most important markets of vegetables and fruits in Libya, because of the naturally fertile lands. Financing is also important, and the city's National Commercial Bank is the second largest bank in Libya. It also has a number of other large banks, including the Office of the Central Bank of Libya in the city center. There is also the Agricultural Research Centre and the main animal and large national firms, such as Brega Oil Marketing Company and Gulf Oil, are important to the city's economy. Coupled with an increase in consumer prices, is an increase in the importance of the retail sector in the economy of the city. In recent years, international companies such as United Colors of Benetton, H & M, and Nike, have opened in Bayda.
Hot Spots:
The city is famous for the valleys and forests nearby, which are not found in the other cities of the 'Green Mountains'—Akhdar Mountains. It is named the "Green Mountains" because they are covered by dense forests and woodlands, of which the best known are the Hamri, Alpellnj, and Belaid forests. The highest point in the Akhdar Mountains is around 850 metres (2,790 ft), located in the Hamri area.
Politics:
The Akhdar mountain range lies within the Mediterranean dry woodlands and steppe ecoregion. The native flora has many plants closely related to those found in similar Greek, Italian, and Spanish coastal mountains and forests. There are about 1,800 species of Mediterranean forests, woodlands, and scrub trees, plants, and flowers. The forests are characterized by many oak species, junipers, pines, carobs, Albarbc, cypress, hawthorn (known as Albthom locally), Chammari, and olive trees. There is a network of natural springs in most parts of the mountains, which makes them one of the most fertile areas of coastal Maghreb North Africa. The forested areas and springs provide habitat supportive of a diversity of birds and wildlife.
Population:
250000
Economic Activities:
Agriculture
Oil & Gas
Industry
Top of   page