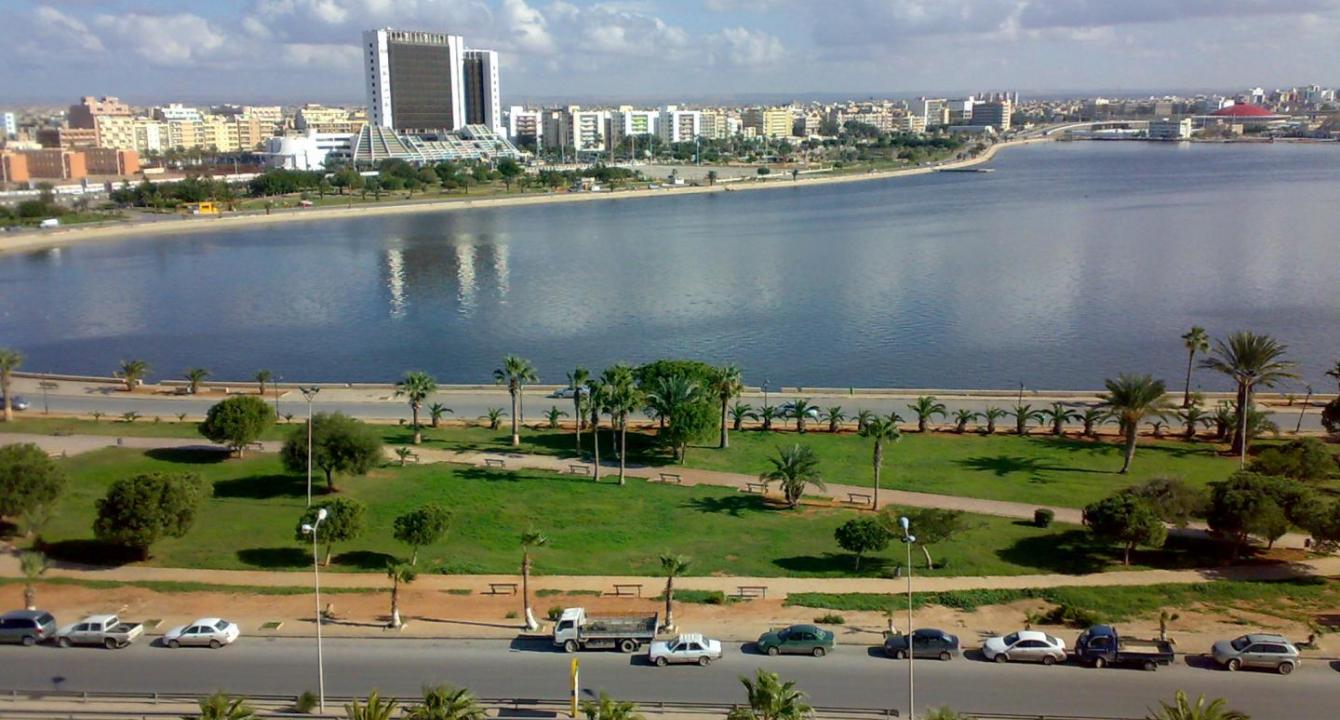 Benghazi /bɛnˈɡɑːzi/[note 1] (Arabic: بنغازي‎‎ Banghāzī) is the second largest city in Libya, and the largest in Cyrenaica.

A port on the Mediterranean Sea, in the Kingdom of Libya Benghazi had joint-capital status alongside Tripoli, possibly because the King and the Senussi royal family were associated with Cyrenaica rather than Tripolitania. The city was also provisional capital of the National Transitional Council.[11] Benghazi continues to hold institutions and organizations normally associated with a national capital city, such as the country's parliament, national library, and the headquarters of Libyan Airlines, the national airline, and of the National Oil Corporation. This creates a constant atmosphere of rivalry and sensitivities between Benghazi and Tripoli, and between Cyrenaica and Tripolitania. The population was 670,797 at the 2006 census.[2]